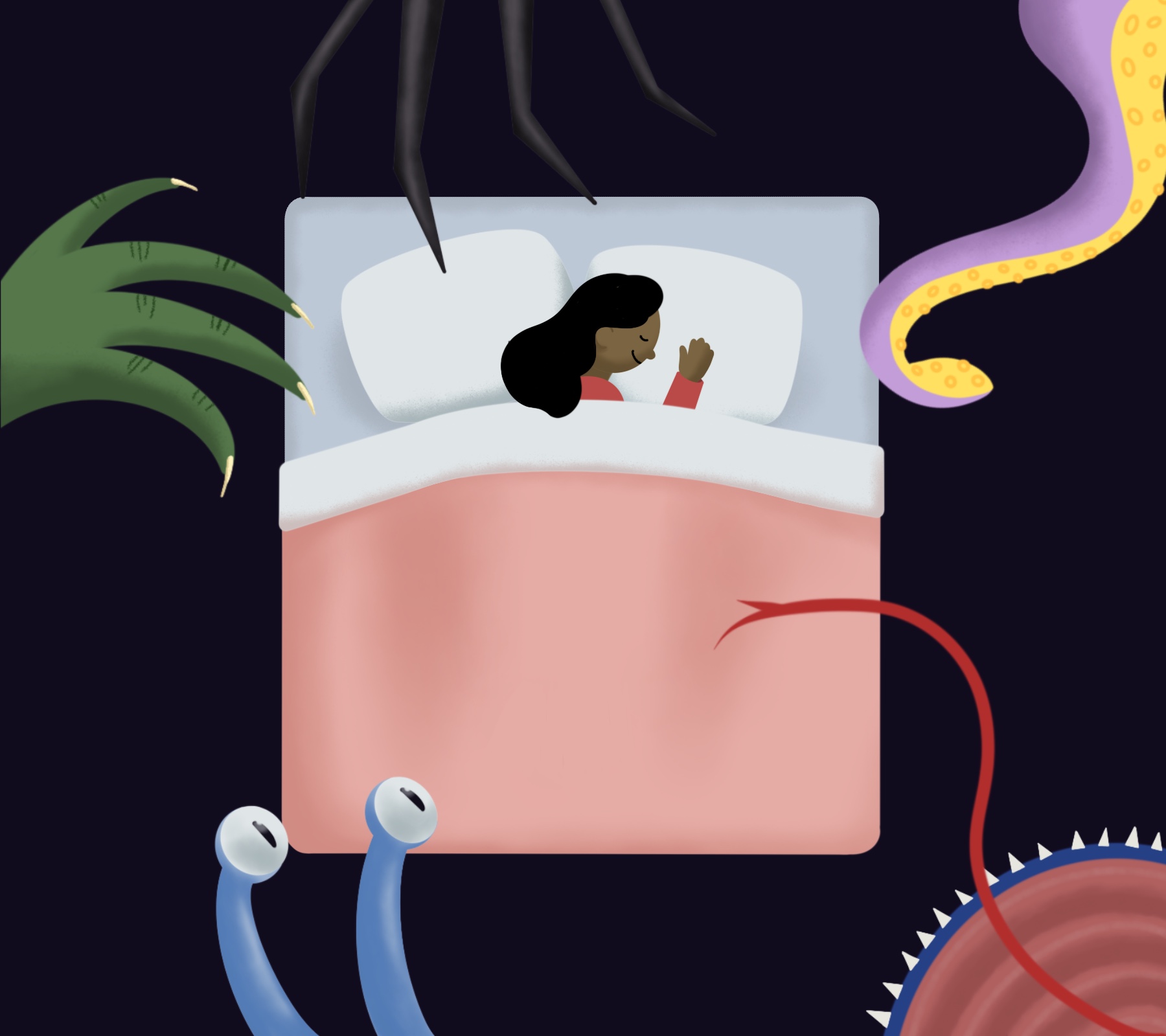 When we were kids, sometimes our parents or guardian would enforce a rule we thought to be completely pointless. In reality, there was usually a reason beyond our understanding that we would eventually come to know. The same logic applies to nightmares. At first thought, why would our consciousness ever betray us by showing us unpleasant imagery? However, like most facets of our mind and body, there is usually a reason. This article seeks to answer: “what is the point of nightmares?”

A possible reason can always be found if we look into our ancient history. In truth, most of our ancestral features have survived this long due to the genius of evolution. Unnecessary structures have been weeded out meticulously by natural selection over and over. So, why should nightmares be any different? Well, they’re not: if nightmares were pointless, they probably wouldn’t be here today.

The most likely reason for the existence of bad dreams would be protection. Our minds want to warn us of potential dangers that we may be neglecting in our day to day lives. Unfortunately, the logic train stops the second we recall that one bad dream we had of a Werewolf chasing us up the stairs as our legs give way. What’s the evolutionary point in that? Perhaps it’s an internal message we need to think about. Perhaps it’s pointing to something that needs our attention Like many questions regarding consciousness, researchers don’t have all the answers yet.

So, in terms of conclusive answers, you’ll be hard pressed to find many. Of course, the likely answer may seem to be nightmares provide us with warnings and emotional processing. However, there is little consensus among researchers of this, so any claim of a true and total answer should be subject to skepticism. Let’s separate bad dreams out from nightmares. Bad dreams can be frightening and occasional nightmares can be terrifying but regular nightmares are probably indicative that help is needed.

How do nightmares manifest?

While some who do not experience nightmares may consider them to be a thing of childhood, it is quite common for adults to experience regular nightmares. One study found that 47% of college students experienced a bad dream in the two weeks prior to questioning. Nightmares can be a challenge for some adults, with estimates saying that around 2-8% of adults endure significant problems with nightmares. While our bodies have deemed them a necessary part of our sleep cycle, many adults suffer from nightmare disorders and PTSD induced nightmares.

According to the Sleep Foundation, some typical causes of nightmares may include: medications, stress and anxiety, mental health disorders, sleep deprivation, a personal history with nightmares and perhaps withdrawal from medications. If you or someone you know is experiencing abnormal rates of nightmares, there is hope for treatment. You should contact a doctor if nightmares exceed more than one instance per week, if they begin to affect your sleep and mood, or if they begin at the same time as starting a new medication.

There are pathways that one can go through if they wish to treat these nightmares. These include: psychotherapy, more specifically a specialized form of Cognitive Behavioral Therapy, and some medications. It is important that one consults a doctor when struggling as opposed to self-medication as this can exacerbate the problem.

What’s the upshot? Occasional nightmares probably perform some cognitive/emotional function that we are not entirely in touch with but that is most likely adaptive and positive.  Many people who have suffered from insomnia who start Zenbev Drink Mix report what they call nightmares or vivid dreams as they regain normal sleep patterns.  In reality, this is a rebound of healthy REM sleep. Zenbev restores not only more sleep but the preservation of natural sleep cycles and stages. Often the later stages of sleep are affected when we have trouble sleeping which cuts off dream sleep. So it’s a very good sign when you do start to dream again. This vivid dreaming can be a little frightening but also goes to show that dreams are necessary and don’t like to be suppressed.

When one is searching for the best quality sleep, Zenbev is always a natural, sustainable and reliable option. It may not be the cure for nightmares, but it is the best over the counter sleep aid and will never contribute to tolerance or dependence. Zenbev can restore healthy, normal sleep patterns including the normal dream stage of sleep and that’s the stuff that dreams are made of!