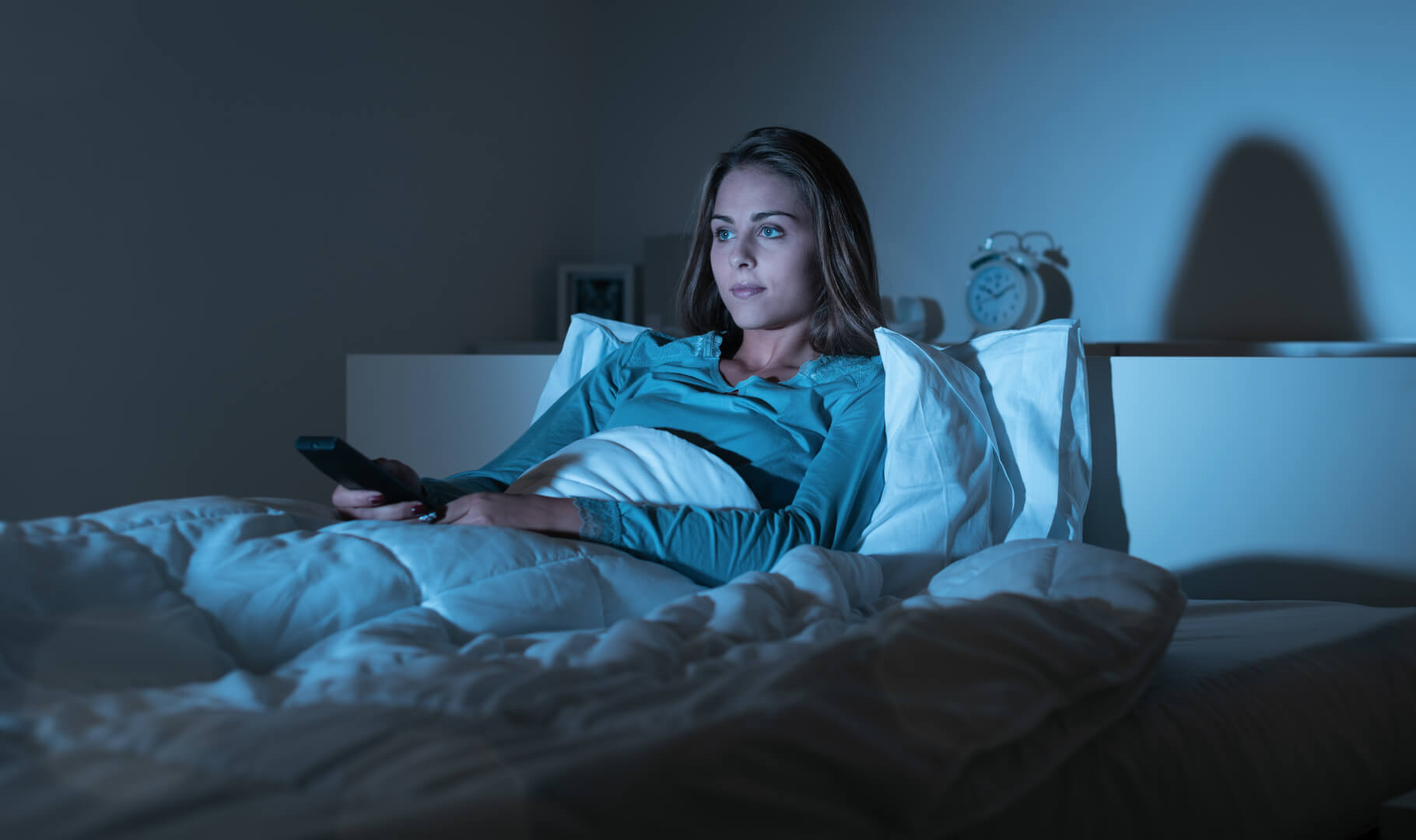 Binge-Watching TV and Insomnia: How Are They Connected?

Binge-watching. We are all guilty of it. The luxury of spending a weekend comfortably lounging on the couch watching episode after episode of your favorite TV show is sometimes just too hard to resist.

Young people in particular are more likely to indulge in this seemingly harmless hobby. Unfortunately, there are real consequences to binge-watching. Researchers at Belgium’s University of Leuven recently published a study in the Journal of Clinical Sleep Medicine which suggests that some of these consequences include insomnia, fatigue and a decrease in sleep quality.

Most Young Adults Are Binge-Watchers

The study was conducted in the form of an online survey and targeted those between the ages of 18 and 25. Of the 423 total respondents, a whopping 80.6% admitted to binge-watching. About one in five participants reported having sessions of TV-marathoning multiple times a week. Of the participants who struggled with sleep issues, 32.6% were binge-watchers.

In the findings of this study, researchers were able to identify a correlation between binge-watching and the symptoms of insomnia. An interesting point to note here is that normal TV viewing did not appear to have the same negative impact on sleep quality.

Why Binge-Watchers Are More Likely to Experience Insomnia

The study’s authors believe pre-cognitive arousal is responsible for the insomnia. They believe bingeing allows viewers to become more invested and involved in the narrative of the TV show. Fleshed out narratives keep viewers thinking about the show for longer. The bigger the binge session, the more time the brain requires to settle down.

Lead author, Liese Exelmans, neatly summed up the connection in a news release: “We found that the more often young people binge-watch, the higher their cognitive pre-sleep arousal. That in turn negatively affected sleep quality, fatigue and insomnia.”

So, what can you do if you are a serial binge-watcher? According to the study’s co-author Dr. Jan Van den Bulck, practicing relaxation and mindfulness techniques can be helpful in calming an overactive brain.

For even more information on insomnia and its triggers be sure to check out the other posts on our blog.